2 SPECTACULAR RECORDS SET AT THE PARALYMPICS!!

The visually impaired Algerian athlete born in 1994 won the gold medal in the distance event with an even better time than ran by the American Matthew Centrowitz, in the same event, of the Olympics games held in August.
The Centrowitz time was not only beaten only by the gold winner Baka, but also for the first time by all the Paralympic athletes behind him: the Ethiopian Tamiru Demisse (3'48 "49), silver medalist; and the Kenyan Henry Kirwa (3'49 "59), bronze medalist.

Congratulations ! We are honored to support you with our Mondotrack / WS! 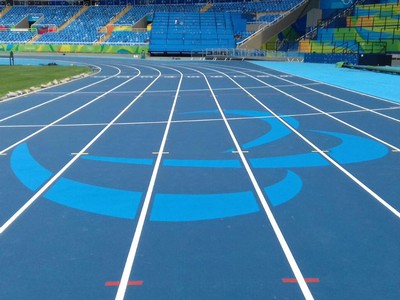