The third stage of Giusy Versace's Disabili No Limits tour stopped on Sunday 11 July at the Giardini Margherita in Bologna, on the occasion of the arrival of the three relay races of "Obiettivo Tricolore", the initiative conceived last year by Alex Zanardi as symbol of an Italy that met after the lockdown, and that Versace and its non-profit organization married this year to amplify the message of promotion of Paralympic sport.

An event in which Mondo also wanted to participate: in the stages of Bologna, Rome, Catania, our Sportflex Super X prefabricated athletics track rolls will be present, used to bring young people closer to the sport of athletics for a vision of sport as a moment of aggregation, inclusion and team play. 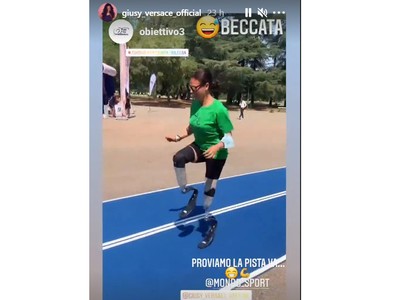