A consolidated collaboration
World Padel Tour matches  have been held on MONDO’S artificial turf pitches  since the beginning of this international tournament, in 2012. In 2015 MONDO and World Padel Tour made their collaboration official: MONDO became the Official Supplier of the synthetic turf surfaces of the circuit and all the central fields of the competitions that took place in Spain boasted a Mondoturf system. In 2018, the World Padel Tour developed further across the border, up to Italy, in 2020. And MONDO could not miss this event: the first Italianleg of the World Padel Tour, in Cagliari, Sardinia, took place on Supercourt by MONDO.
Experience and attention to the needs of padel players have allowed MONDO to design and produce a artificial turf surface that perfectly meets the needs of these athletes.
This approach is the basis of the daily work of our company which since 1948, , has been committed to creating new horizons for sports performance, studying the most suitable surface for each sport discipline, with the aim of designing and implementing specific solutions in able to improve the safety and performance of athletes, both in competition and in training. 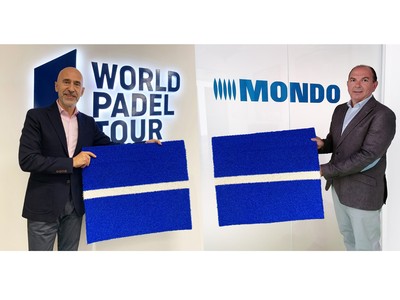