Mid-February 2016 some major indoor athletics meets are planned at hosting colleges with Mondo track surfaces. From February 11th to 13th, at the Prince Georges Sports Complex in Landover (Maryland), is scheduled the MEAC Indoor Track & Field Championships. On the Mondo Super X 12mm track the best male and female teams will be crowned champions of the Mid-Eastern Athletic Conference.
On February 12th & 13th, the Don Kirby Invitational will be held, one of the major collegiate indoor athletics meets in the United States. The University of New Mexico will host the meet on Mondo Super X Performance track at the Albuquerque Convention Center, where some of the best sprinters and middle-distance runners from 25 colleges will be challenged.
Also on February 12th & 13th, the Lied Recreation Center at Iowa State University (Ames) will host some of the best US team for the Iowa State Classic, an event with over 20 years of tradition, which is held on Mondo Super X Performance track . On the same day, the Tyson Invitational will be held, on Mondo Super X Performance track at the Randal Tyson Track Center at the University of Arkansas. 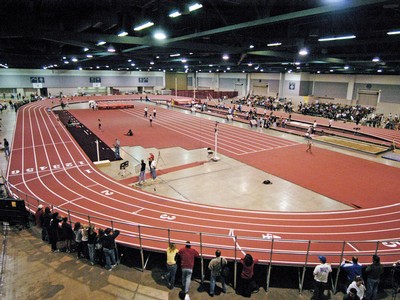