There are many reasons to remember the 1996 Olympics in Atlanta, but one of the most positive aspects of the centennial Games was the large number of records and great performances witnessed on the track supplied by Mondo.

The Advantages and Disadvantages of a ‘Sponsored’ Olympics

In Atlanta, the Olympic Games celebrated their 100th anniversary even as they were one of the most criticized editions of the event. The criticism started from the very day that the organization of the Olympics was awarded to the American city, as many "romantics" would have preferred the centennial Games to be held in Athens, the city that hosted the first edition in 1896. The criticism continued during the Olympics and it was largely prompted by the massive presence of sponsors, which were accused of having polluted the Olympic spirit, even if, without them, the Games, probably, could not have proceeded. As was the case with Los Angeles in 1984, in fact, the Organizing Committee relied almost entirely on sponsors’ funds to build the sports facilities, leaving the city’s coffers to finance the improvement and construction of infrastructure, a solution that allowed for the organization of the Olympics without having to place an excessive financial burden on the taxpayer. Despite the criticism, and a terrorist attack, the Atlanta Games, from the sports point of view, are actually remembered favorably by the high number of participating countries and the many records that were set.

The Olympics’ opening and closing ceremonies and track & field events were held at the Atlanta Centennial Olympic Stadium, the Olympic stadium with the shortest life span ever recorded in the history of the Games. When in July of 1993 construction work began, the shape and design of the stadium already foreshadowed the structure’s fate once the Olympics came to a close; that is to become a Baseball stadium. "The stadium was conceived with an unusual shape compared to that of other Olympic stadiums - recalls Andrea Vallauri, Head of the Export Division at Mondo – one having a special angle, which then favored the evolution into the typical diamond shape of a baseball field. To ease the subsequent dismantling of half of the facility, the stadium was built using an iron structure, which was easy to disassemble and reuse." On August 27, 1996, the day after the close of the Paralympics, the stadium was closed and work began on its restructuring, starting with the removal of the athletics track and the demolition of the northern part of the facility, which, less than a year later, was transformed into Turner Field, home of the Atlanta Braves baseball team. During the Olympics, the stadium had a seating capacity of 85,000; after, it was down to 45,000. The complete renovation of the Olympic Stadium allowed the Organizing Committee to remove a track & field facility that as impressive as it is was pointless for the city of Atlanta while satisfying the needs of the Atlanta Braves, who were all too pleased for the opportunity to replace their old equipment.

A track to be set, removed and replaced

As we said, the Atlanta Olympics are remembered for the many world records that were established, an achievement made possible due to Mondo’s Super X Performance track at Centennial Olympic Stadium. With the Games in 1996, the Italian company was able to strengthen its presence in the North American market. The decision by the Organizing Committee to start renovating the Olympic Stadium just a month after the inauguration of the Olympics meant that, aside from the setting of the Olympic track, for the first time Mondo also had to deal with its removal and relocation.
"It was the first time that a stadium built for the Olympics was converted for other uses after the Games. This decision led to the removal of the first track, which we relocated inside the Clark Atlanta University stadium," recalls Vallauri.
In addition to the track for the Olympic Stadium, Mondo was also in charge of the warm-up track and the track within the Olympic Village. Moreover, Mondo facilities were also used at Cheney Stadium, Morehouse College, Lakewood Stadium, Georgia Tech University, and Grady Stadium.

Atlanta after the Games

Despite the barrage of criticism that rained down on the Organization, it is indisputable that the Atlanta Olympics had a positive effect on the city, starting from the every area that hosted the Olympic Stadium. "The area chosen to host the stadium before the games had a very bad reputation and the work was carried out in difficult conditions - remembers Vallauri. The presence of the Olympic Stadium, which then became the baseball stadium, has transformed and revalued the neighborhood." The same Centennial Olympic Park, the venue for a bloody attack during the Games, is now a much loved and visited area by tourists and citizens alike. The construction of new infrastructure, and improvement of existing ones, has had a very positive impact on the mobility and quality of life for Atlanta’s residents. Some structures built for the Games have been re-used, such as the Olympic Village dormitories, which, today, serve as the accommodations used by the Georgia Institute of Technology. 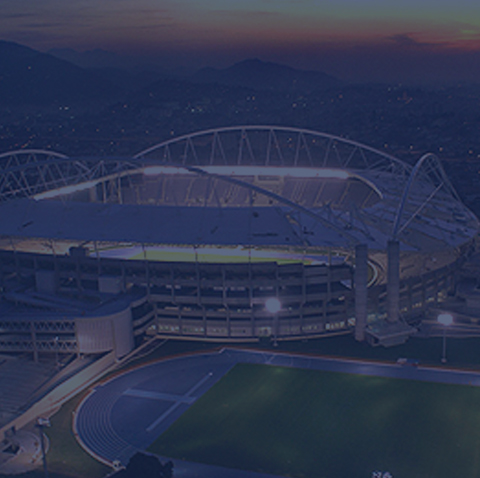