A pink field to fight cancer

The challenge against cancer plays also in terms of sport.

Mondo Ibérica has joined an initiative by the City of Guadalajara and will provide the artificial turf of two fields for the padel of the Ciudad Deportiva de la Raqueta, fields of pink. The goal is to rent as many hours as possible for both fields during 2016, donating the proceeds received during the year to the Spanish Association against breast cancer. In addition to Mondo Ibérica, who will provide the artificial turf, the initiative has won the support of CaixaBank, which will donate the same amount raised by the City, and the Tenis Club Nuevo Guadalajara. The new fields will be ushered in by during the pink Christmas Padel Tournament. 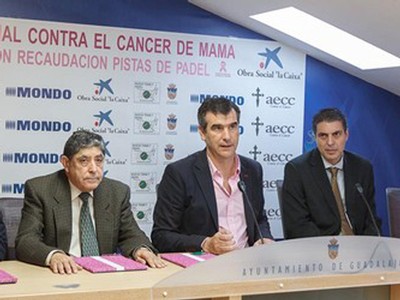