The adidas Boost Boston Games has a new home in Boston, having moved four blocks west to Boylston Street along Boston’s iconic Copley Square.
The adidas Boost Boston Games is North America’s first and only “street meet”, bringing world-class track and field out of the traditional stadium and onto a temporary straightaway track in the heart of one of America’s most iconic cities; this spectacular street event will feature a 5 MONDO portable lane track that will be raised above Copley Square.

In 2017 Shaunae Miller-Uibo set an all time best in 200 meters straight, while Tori Bowie registered the fastest time ever recorded in 150 meters (even if isn’t an official world record). These records have been made possible also thanks to a perfect (and IAAF certificated) MONDO’s custom portable track built in few days. 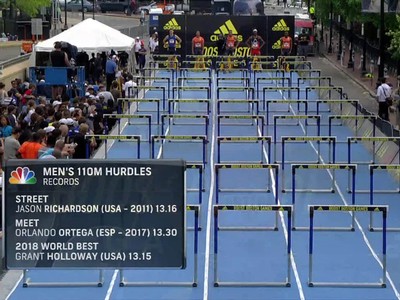