The Athletics World Cup is a team-based international athletics competition; this inaugural edition will feature eight national teams - China, France, Germany, GB & NI, Jamaica, Poland, South Africa and USA -  based on world rankings, with each team entering one male and female athlete per event in a straight final format. The competition will focus on an overall team prize, The Platinum Trophy and Platinum team medals. The Platinum Trophy is believed to be the most valuable sporting trophy ever made, surpassing those of the FIFA World Cup and Wimbledon as well as the NHL’s Stanley Cup; it is made from solid platinum, which is 30 times rarer than gold.
To mark 100 years since women were given the right to vote in UK, the first edition of the event will see all Nations select a female athlete as team captain.
IAAF President, Sebastian Coe commented: “8 lanes, 8 top nations, 8 teams and a host of world class athletes lining up in each event to win the trophy and prize pot. This will be a fast paced and exhilarating experience for athletes and fans”. 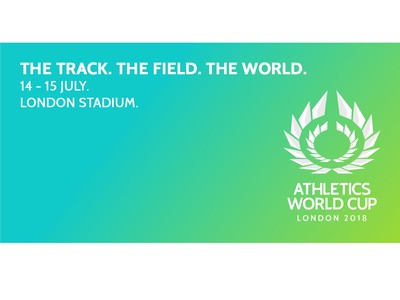