On March 25, the Chinese Athletic Association and MONDO signed a strategic partnership agreement in the Athletics Administrative Center of the General Administration of Sport of China.

During the cooperation period, MONDO will contribute to the track construction and renovation of seven training bases in Beijing, Shanghai, Nanjing, Hangzhou, Shenzhen, Dalian and Rizhao.

The Chinese track and field team will use those venues as training bases for their sessions in view of Olympic Games in Tokyo.

During the signing ceremony, Yu Hongchen, Director of the Athletics Administrative Center of the General Administration of Sport of China and General Secretary of Chinese Athletic Association, stated that this co-operation is part of the development of China as a powerful sports country.

Starting from athletics, the implementation of innovative sport products and facilities will maximize social motivation and vitality and contribute to the health of the whole community in the spirit of the Chinese Sport reform. 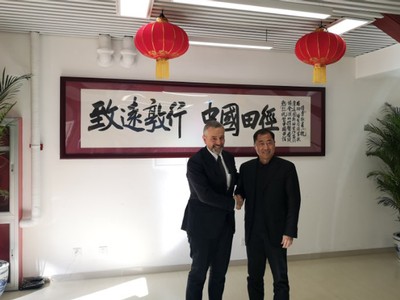