The first Paavo Nurmi Games was arranged in 1957 as a birthday present to Nurmi on his 60th birthday. During his career Nurmi took 9 Olympic Gold medals and was among the first athletes to be nominated in the IAAF Hall of Fame. The tradition has gone on ever since and the event is held every year at the Paavo Nurmi Stadium named after the legendary runner. Since 2017 the meeting has been a part of the IAAF World Challenge -series.
For the second consecutive year, organisers are offering one of the most unique incentives in the world of sport: break the Finnish all-comers records in the men’s discus or javelin throws, and you’ll be handed a deed to an island in the Turku Archipelago.
Mac Wilkins, the 1976 Olympic champion from the US, has held the record in the discus since 9 July 1980 when he threw 70.98m in Helsinki. Finn Aki Parviainen set the javelin mark with 93.09m in Kuortane on 26 June 1999, a national record that still stands. The bonus was offered for the first time last year, but only extended to participants in the javelin. 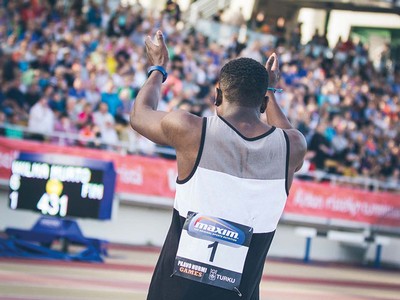