During the 27th edition of the XL Galan meeting, the Mondo track of the Ericsson Globe Arena has recorded outstanding performance, with some athletes who have shown a state of exceptional form for the Olympics.

An of evening of stars and records at the Ericsson Globe Arena in Stockholm, during the 27th edition of the annual XL Galan meeting. On the Mondo track, three of the world record, world junior record, five best seasonal performance have been realized. Queen of the evening was Genzebe Dibaba: the 25 year-old Ethiopian distance runner ran the mile with a sensational time of 4'13 "31, improving by almost four seconds the previous record that stood for 26 years. For her, it is the third world record achieved in the last three editions of the meeting: in 2014 the one in the 3000 m, and in 2015 the one in the 5000 m. The second world record of the evening came in the men's 1000 m: the Djiboutian Ayanleh Souleiman clocked the time of 2'14"20, improving the record on the distance that resisted since 2000. But the evening also had other players as the young athlete of Qatar Abdelelah Haroun, who ran the 500 m in 59"83, becoming the first athlete in the world to run the distance covered under one minute. To underline the performance of the Polish Adam Kszczot in the 800 m, courses in 1'45"63 (best world performance of the year), and the Moroccan Abdelaati Iguider in the 3000 m, courses in 7'39"04 (World Best of year). The home crowd then celebrated the exploits of two young Swedish athletes: the 16 year old Lisa Gunnarsson with 4.49 m recorded the best-ever performance in the pole vault category students; Andreas Kramer produced the best European junior performance in the 800 m, with a time of 1'47 "85. 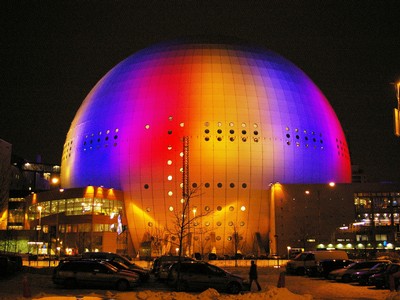