The week begins with new exciting results as the Islamic Solidarity Games at Baku come to an end.  Following his 3000 m hurdles World Record in Paris in 2016, Ruth Jebeth broke his personal best at Baku in the 5000 m event. On this occasion, Ruth remarked  that MONDO tracks are the best ones to run on due to their superior quality and performance.  In the same event, Eda Tugusz achieved a World Lead in the javelin throw. 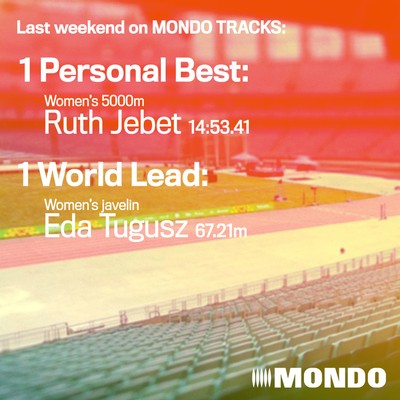