Also Sky has got London track

Milan, Mondotrack is on Sky

The track of Olympic Games London 2012 is landed on Sky.

At the new headquarters of Sky Italia, Rogoredo (Milan), the same track as the London 2012 has been installed, Mondotrack.

Sky will be the exclusive television station for the Olympic and Paralympic Games, with 13 channels only for London.  Sky has asked MONDO to turn the main entrance of the new offices into a track, so the Piedmont company with the collaboration of Novatect has done the job.

The track, with its 2 lanes, expands from the main entrance to the reception.

Starting today until the end of the Paralympic Games, employees, collaborators, journalists, guests and sportsmen will walk on Mondotrack. 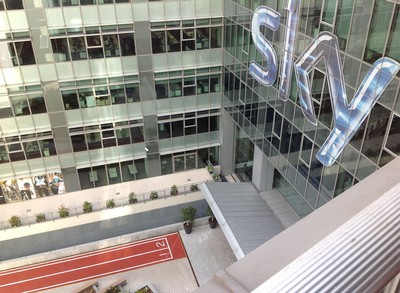