During the event, sponsored Mondo, the names of the best athletes of the year will be revealed.

Only one month to the International Athletics Foundation World Athletics Gala, an event sponsored by Mondo scheduled on November 28th at the Salle des Etoiles of the Sporting Club d'Eté in Monaco. The elite of athletics will attend the event, during which the names of the best athletes of the year will be revealed. During the evening, ten athletes of the past (this year there will be at least 12) will have the honor of joining the IAAF Hall of Fame.

Voting to elect the best athletes of 2015 ended on October 25th and nine men and nine women were included, the best in the individual categories of athletics. An international jury of experts will select the 10 finalists (three men and three women) whose names will be made public on November 17th and 18th. From the names of the finalists, the Council of the International Athletics Foundation will choose the two athletes of the year. The announcement of the winners will be done live during a special ceremony to be held in Monte Carlo at the IAAF Gala Saturday, November 28th. 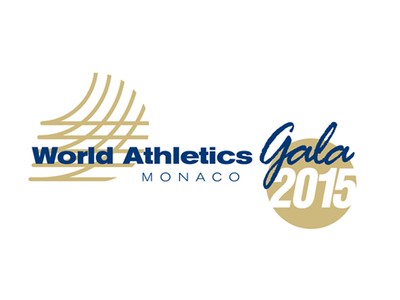