The works for the construction of two run up tracks at the JenJavelin Team Jena, in Germany, have started in just a few weeks.

Since the establishment of Team JenJavelin of LC Jena by coach Harro Schwuchow, Petra Felke and Olympic champion Thomas Röhler at the end of 2015, the throw center Jena has become a popular place of exchange and further education in javelin coaching and throwing.

Thomas Röhler, 2016 Olympic Champion (his personal best of 93.90 m set in Doha ranks him second on the overall list) expressly wanted MONDOTRACK WS for this project.
The athletic performances and the durability of our product he experimented in Rio 2016 and London 2017 and the desire to train on the same surface on which he will compete during the World Championships in 2019 (in Doha, always on a MONDO track!) convinced him to choose us as a partner for his training center.

The works of the two lanes will be completed by April and will be the stage for the third edition of the Javelin Festival, scheduled for June 30 at the sports center.

MONDO has always engeneered and produced specialized high perfomance solutions for athletes worldwide. It is thanks to their help and constant feedback that we have redefined the standards of sports flooring, setting the benchmark for new achievements to come.

We Listen. We Innovate. You Win 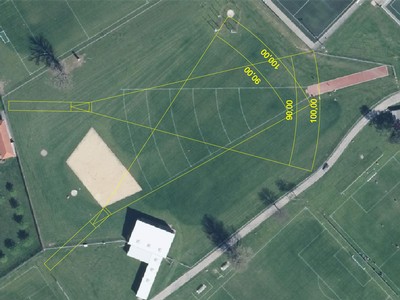