Sydney’s Olympic Stadium has been the largest facility in the history of the Games. Today, following a re-structuring, it is the only one in the world that can host five different sports and still is an example of how high quality design and respect for the environment can happily co-exist.

The largest Olympic Stadium to date

Stadium Australia was built to host the 2000 Sydney Olympic and Paralympic Games. The facility is located in Sydney’s suburb of Homebush, in the middle of the Olympic Park of the Australian city. When it was inaugurated, due to its 110,000 seats, it immediately conquered the “largest Olympic stadium in the world” title and at the same time it is the largest in Australia. The structure was designed and built with the intent of respecting demanding environmental conditions: compared to other Olympic stadiums (Athens and Beijing), as an example, less steel was used.
The construction was started in September 1996 and completed just two and a half years later: on March 6, 1999, Sydney’s Olympic Stadium saw its first sport event: two rugby13 matches watched by 104,583 spectators. From October 2001 to October 2003, Stadium Australia was refurbished to make it the only stadium in the world capable of hosting five different professional sports: Rugby13 league, Rugby15 (Union), Australian Football, Soccer and Cricket.
Over the years, it has been used also for non-sport events like U2, Rolling Stones and AC/DC concerts.

From Rectangular to Oval and back

Starting in October 2001, a year after the closing of the Olympic Games, Stadium Australia went through an 80 million Australian Dollar reconfiguration that reduced its capacity to 83,500 seats. The objective was to allow the hosting of two beloved Australian sports that require an oval field: Cricket and Australian Football. The construction, completed in October 2003, has required the removal of the upper north and south spectator stands; this change has brought the lower stand seats15 m closer to the action; the athletic track has also been eliminated to allow the installation of a movable spectator stand. Covers over the modified curves have been added. Depending on the sport activity, the stadium can now change shape from rectangular to oval in just 12 hours. In the oval configuration, the number of spectators seats drops to 81,500.

Stadium Australia is remarkable for its spectacular design, starting from the overhanging roofs that are supported by gigantic trusses weighing 650 tons, and measuring 296 m in height. The 30,000 square meters of roof surface have been designed with the capability of collecting rainwater that can be stored in four tanks located in the ground under the stadium; this water is used for irrigating the field and for the toilets. Another peculiarity of the roof, made of semi-transparent polycarbonate, is its ability to attenuate the sharp contrast between areas in direct sun light and those in the shade providing excellent visibility to both spectators in the stands and watching on TV. Without the need for a total roof, that would be very detrimental to the grass underneath, the stadium provides the spectators with effective protection from both sun and rain.

The roof is not the only part of the structure designed with the intent of reducing the consumption of resources and the impact on the environment. Besides recycling rainwater, Stadium Australia designers planned to reduce the consumption of electrical power due to the intelligent use of natural light, low consumption artificial lights and two gas co-generators. Efforts have also been made to carefully dispose of waste while the inside ventilation is provided without the use of mechanical devices. Great attention has been paid to the choice of construction materials: minimal use of PVC and maximum use of recyclable materials.

Sydney's Olympic Games have been the seventh consecutive with Mondo’s involvement; for this event Mondo provided a Super X athletic track. The Italian firm supervised and provided the athletic tracks for both the Olympic stadium and the warming up facility located in the Homebush Bay area. Two years of activity were required to complete the tracks. As the Olympic Stadium was meant to be used exclusively for very demanding competitive activities, the quality of the elastic response and the biomechanical reaction of the track were accurately optimized to permit the athletes’ best performance during the race. The training tracks, instead, were produced with a softer material to provide excellent shock absorption, which is ideal for training and appropriate for the local population that has been using the facilities since the end of the games. After the Olympic Games, Stadium Australia’s athletic track was relocated in the Homebush Bay area. The total surface of installed material was 16,000 square meters. The Olympic track was red, the high jump area and the inner ring track were beige while the area outside of the main track was green. 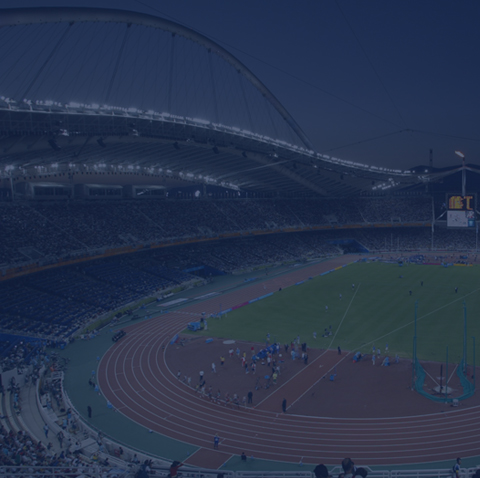 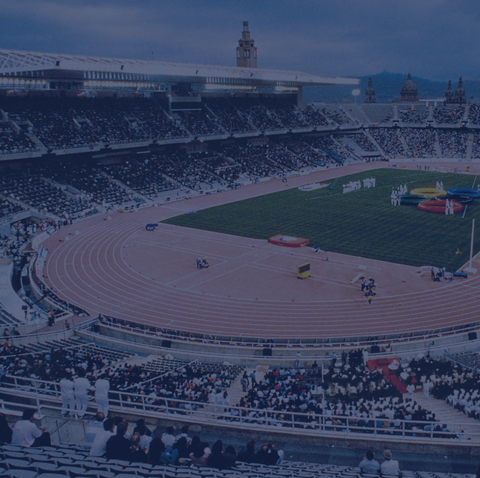 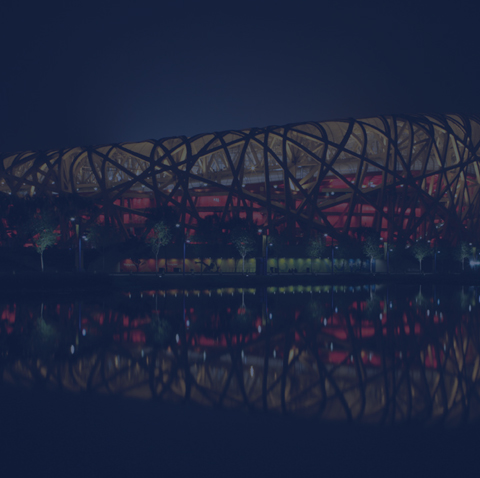