Although the official opening will take place Saturday, March 19th, the Basketball England (English Basketball Federation) on Saturday, February 20, 2016 opened the doors of the new National Basketball Performance Centre for an official game of the British women's national basketball team qualifier to Eurobasket 2017. the game, saw the home team win easily against the Albanian women's national team, it was played in the new sports facility, built at Belle Vue Sports Village of Manchester, one of the three courts, all equipped with Mondoathens basketball hoops,  which had been used for the 2012 London Olympic Games the goal of Basketball England, with the new facility, is to instill inspiration in athletes who play and train on the inside, and children, who already have played there.  He expressed his enthusiasm for the possibility to use the same hoops on which Kobe Bryant and Lebron James trained during the Olympics. 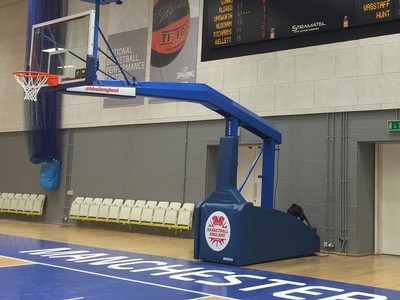