After records in the straight 200m and 150m in 2017 and 2018 respectively, not even the constant drizzle and cool temperatures could stop Miller-Uibo from continuing her winning ways with a third straight victory. Despite the challenging conditions, the Bahamian 400m Olympic champion won the 150m in a strong 16.37, just 0.16 seconds shy off the record she set at this very meet last year. 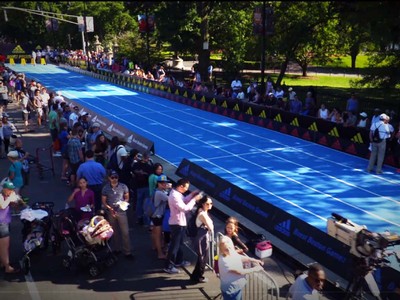