During the first two days of the London 2017 World Para Athletics Championship new records were broken on the MONDO track! 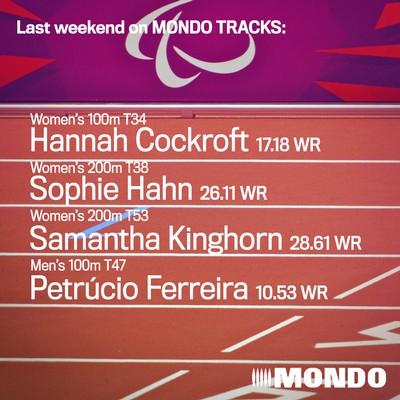