Last Saturday, June 18th a slice of Olympia came to Boston to take center stage in one of the most popular sections of the city

“The first competitive street track and field meet in American History was a resounding success” according to meet director Mark Wetmore. With an elevated straight track specially constructed between Boston Common and Public Garden some of the Olympic athletes sprinted on a specially installed Mondotrack/WS track underfoot. Mondotrack/WS is the surface for the track and field competition at the Rio 2016 Olympic Games.

Events which also  included sprints, hurdles, pole vaulting, and the long jump, was the World Premiere of the forthcoming Athletic Olympic Summer signed by Mondo. 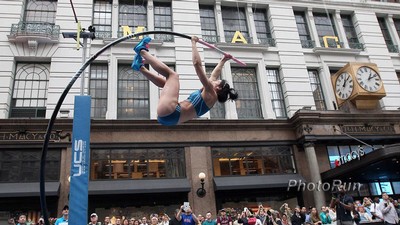