Tortu flies to a European-leading mark with 20.11

Olympic 4x100m champion Filippo Tortu had a successful outing in the 200m at the Kip Keino Classic in Nairobi last Saturday (18).

Contesting just his fourth race at the distance as a senior, the world and European 100m finalist ran a strong home straight to finish third in 20.11 behind Fred Kerly from the United States in 19.76 and Botswana’s Isaac Makwala in 20.06.

Not only was Tortu’s time a lifetime best and European lead, he becomes the second fastest Italian sprinter in history behind Pietro Mennea who still holds the European record with 19.72 which was set at high altitude in Mexico City at the 1979 World University Games.

The MONDO athletics track installed at Kasarani Stadium is Sportflex Super X 720; the track had already been the stage for excellent performances during the 2021 World Athletics Championships U20  held at the end of August. 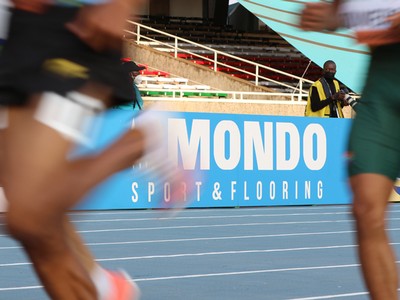