The American Track League competition, which is part of the World Athletics Indoor Tour Silver level meetings, will be held at the Randal Tyson Track and Field Center on the campus of the University of Arkansas. The venue features a Mondo indoor banked track that was recently refurbished with a Mondo Super X 720 track surface so the NCAA Division I university could continue to live up to its billing as “fastest track the world,” according to university officials.
A series of four competitions, the American Track League will showcase some of the world’s top men and women track and field athletes. The meets are slated to be held on consecutive Sundays starting Jan. 24. 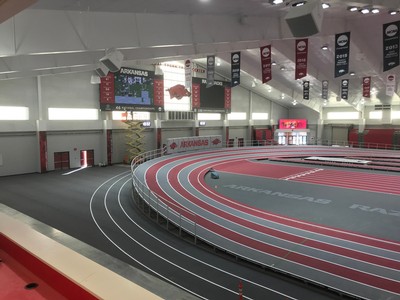